A Quick Summary of the Vikings First Padded Practice 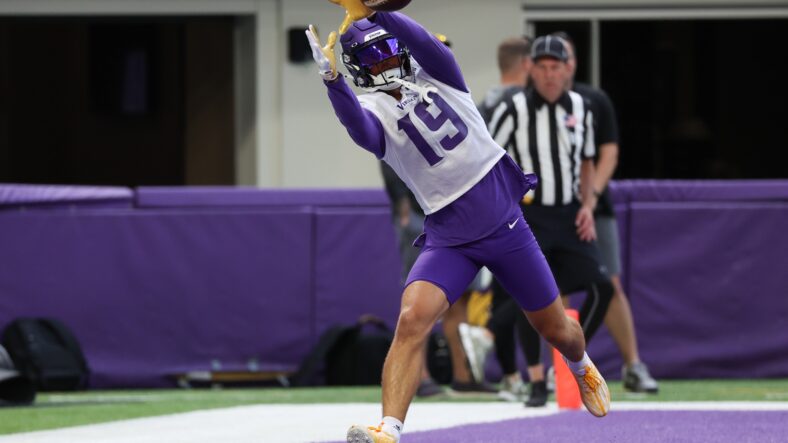 During the NFL season, there are a lot of “firsts” that are considered milestones en route to the opening week of the regular season. One of those happened yesterday for the Minnesota Vikings: the first day of padded practice.

Other than the first preseason game, this is probably the most exciting milestone on the path towards the regular season for a team. It was very clearly the case in the Vikings organization yesterday. In particular, the two coordinators that took the mic before practice, DC Ed Donatell and special teams coordinator Matt Daniels, spoke on the buzz going throughout the Vikings squad.

Donatell mentioned that practicing in pads was where you really got to evaluate defensive players at a different level rather than just in shorts. He also mentioned that within the trenches for the defensive linemen is where the biggest advantage comes with pads. This was certainly the case for Vikings nose tackle Harrison Phillips, who got the better of center Garrett Bradbury on a number of occasions.

These strong reps from Phillips are a positive for a Vikings defense that struggled mightily against the run last year. However, if you want to look at it from a negative perspective, the same struggles that Bradbury has had with bigger defensive linemen throughout his career seem to remain. You can watch Donatell’s full pre-practice presser from yesterday in the link below.

Despite Bradbury’s struggles, it seemed that others along the offensive line had solid days. Christian Darrisaw had solid reps against All-Pro Danielle Hunter while Ezra Cleveland pancaked Jaylen Twyman at one point in 11-on-11s. This is a great sign for the Vikings left guard, who has continually gotten better throughout his career.

As for the Vikings offense as a whole, it seemed like business as usual for one of the better scoring units in the NFL. Kirk Cousins and Justin Jefferson connected for multiple touchdowns throughout practice, and Adam Thielen had this beautiful over-the-shoulder grab in the back of the end zone.

Speaking of Thielen, the fiery battle between Cam Dantzler and the veteran wide receiver seemed to rage on into the first day of padded practice. Neither player seems to be able to grab an edge, with reps being won by both sides. Here’s yet another terrific pass breakup by Dantzler from yesterday’s reps.

I discussed this at length over the weekend, but the Vikings cornerback position just feels different this year than it has in recent seasons. Andrew Booth Jr. has been a feisty player throughout his first couple training camp sessions, and Dantzler seems extra motivated to bounce back from a strange 2021 season.

Finally, we also got an update on some of the Vikings special teamers from coordinator Matt Daniels. Daniels opened things up by predicting a massive year from Greg Joseph after watching him work throughout this spring and summer. He also said that both Jordan Berry and UDFA Ryan Wright have been performing well in the punt battle. I would expect Berry to win out as the incumbent, but the fact that they are being forced to compete with one another is a great sign for 2022. You can find everything Daniels had to say yesterday below.

The Vikings first preseason game is a week from Sunday as they’ll take on the Raiders in Las Vegas on August 14th. 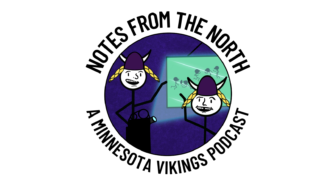