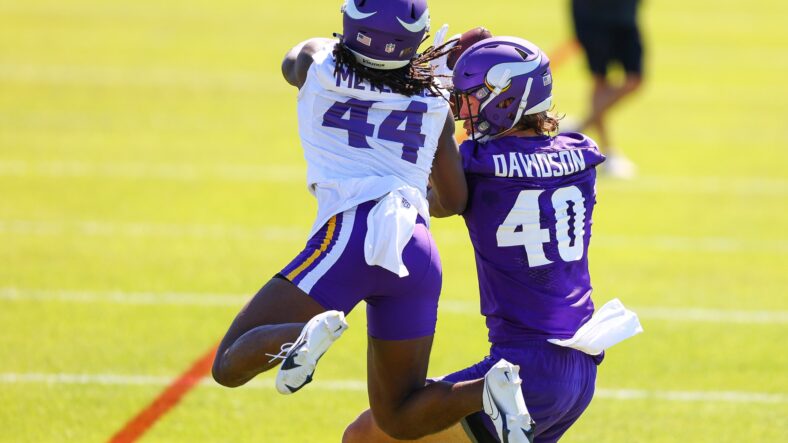 The Minnesota Vikings undoubtedly have some depth questions at their tight end position. That has only been exacerbated by the loss of Irv Smith for the remainder of training camp and preseason. We’ve chronicled this fact at length both on this website and on VikingsTerritory, but the five other tight ends on Minnesota’s roster have a total of 11 NFL receptions. Johnny Mundt has 10 of them over five seasons.

That said, if Kirk Cousins’ comments about one of the team’s younger tight ends ends up being true, perhaps we won’t have to worry about this depth for much longer. On Wednesday before the start of practice, Cousins stepped up to the podium to answer questions from the media. During that time, he compared second-year tight end Zach Davidson to Tyler Conklin. Speaking on Davidson, Cousins said, “I see a lot of ability in him, a high ceiling, a desire to work and get better. Similar to how I felt about Tyler Conklin a few years ago.”

Obviously, Conklin ended up being the Vikings starting tight end in 2021 after Smith went down for the year with a torn meniscus. He answered the call in tremendous fashion, recording 61 receptions, 593 yards, and three touchdowns. In free agency, he was rewarded with a three-year, $20.5 million contract from the New York Jets.

It must be remembered too that the development of Conklin didn’t happen overnight, meaning Cousins comments about Davidson could carry credence no matter how little impact he had as a rookie. Conklin had just seven targets in his rookie season of 2018. Davidson spent 2021 on the practice squad after being selected in the fifth round.

Things have gotten off to a slow start for Davidson in the NFL, but he was an absolute stud at the D-II level of NCAA football. During his final season of 2019 with Central Missouri, the tight end recorded 40 receptions, 894 yards, and 15 TDs. His stats led all tight ends at the Division Two level in receiving yards and touchdowns. All the while, he continued handling the punting responsibilities for the program as well.

These numbers suggest a player that is plenty comfortable handling a number of targets in the passing game. Thus far into camp, we’ve seen some of these skills come into play as he’s been part of multiple touchdown drives. This should only continue as Smith continues his recovery from thumb surgery this week, so it will be very interesting to see what Davidson’s role ends up looking like for the first preseason game. 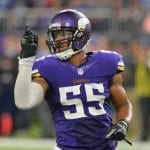