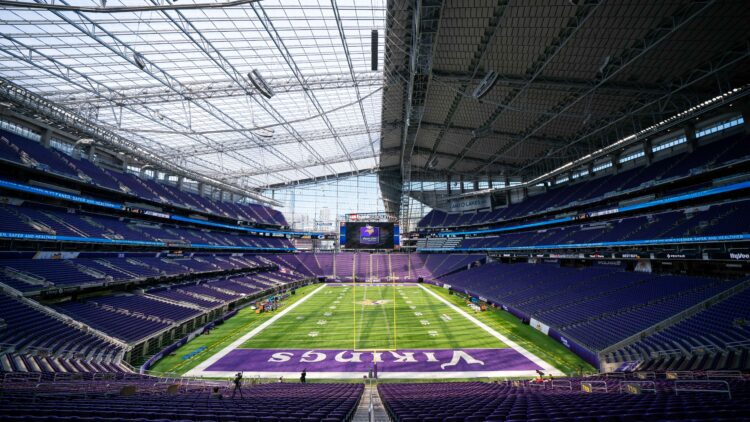 It’s therefore time to switch gears. Gone are the misguided hopes for 2021 success. Fans and writers are now firmly looking ahead to the future, doing so to determine whether these purple guys have a shot at 2022 glory. The team will be pursuing this elusive glory with a new GM and HC at the helm.

The fine folks here at Purple PTSD will be doing all they can to ensure you’re completely covered. Here is a mini breakdown of what you can expect.

Mr. Josh Frey (who has a Twitter account you can follow) is going to be doing a full breakdown of how the Vikings rookies performed. The draft has become increasingly important to the Vikings due to the highly-paid players. Upon first glance, this draft class didn’t do a ton to help Minnesota succeed. Frey will be offering up some great analysis of what the 2021 season looked like for the young fellas.

Mr. Cole Smith (who is also on Twitter) will be the next one up in the Minnesota Vikings offseason coverage. He’ll be bringing his expertise to the roster, doing a position-by-position series. How healthy is the Vikings’ defensive line? What about the wide receivers? Skol Cole will be working his way through all of this, enlightening and entertaining readers along the way.

Yours truly (also on Twitter, though I regret that move constantly) will be taking on matters related to the salary cap. How and why did the money get spent in the way it did? More importantly, what does all of that mean moving forward? Expect plenty of chatter about cuts, extensions, restructures, and trades. In some ways, this work has already begun. Recent pieces on Dalvin Cook and Tyler Conklin may be of interest to folks.

Of course, this is but a mere sampling of what Purple PTSD will be offering (which is to say nothing of Vikings Territory, our partner in crime). Be sure to keep swinging by so you don’t miss a thing. The Minnesota Vikings offseason has just begun and it’s already providing plenty of storylines.