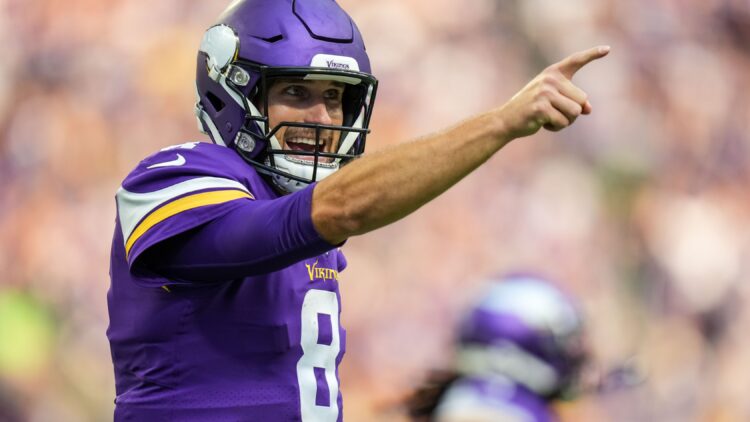 After one of the crazier weeks of NFL news in recent memory, the Minnesota Vikings decided that they needed to get in on the action. Sunday evening, Minnesota and QB Kirk Cousins agreed to an extension that keeps under contract with the Vikings through the 2023 season. Details are still being announced, but the gist of this deal is that it gives Cousins $40 million in 2022 (a raise from the $35 million he was set to receive) as well as $30 million in 2023.

Per ESPN‘s Adam Schefter, the deal also adds two void years which lowers his cap hit from $45 million down to $31.25 in 2022. The Vikings were sitting at around $15 million over the salary cap as of Sunday, so this extension nearly brings them full circle towards being a cap complacent team.

This deal would also mean Cousins is no longer on track to have the highest cap hit in the NFL. Rather, he will now have the seventh highest cap hit among the quarterback position, ranking just above Jared Goff’s $31.15 million. Given performance on the field, this feels about where Cousins should rank.

With free agency less than 24 hours away, there was obviously a need to do something to secure the quarterback position. Either a trade needed to happen, or Minnesota had to find a way to get Cousins a deal where they won’t lose him for nothing next offseason. It feels like the two sides accomplished goals. Cousins gets more immediate money while Minnesota gets flexibility in terms of cap space and potentially finding a suitor for the veteran QB next offseason. One thing is certain though, the Vikings officially have their QB going into the 2022 season, and now we get to see how the new regime fills out the remainder of the roster.