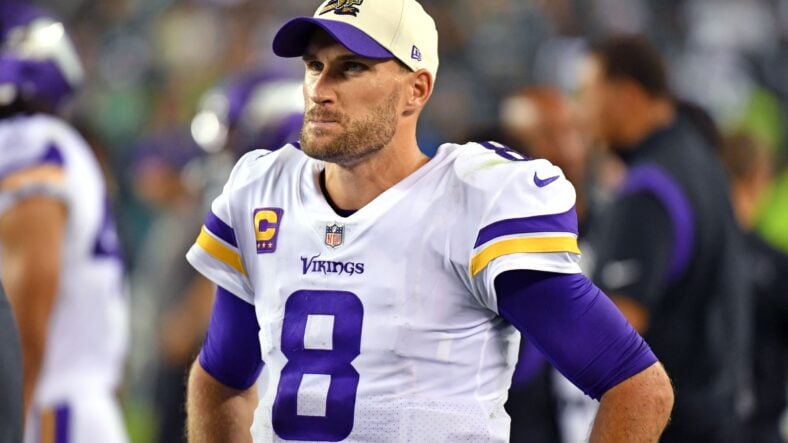 Remember when we thought Week 1 was a crazy week of football? This week we saw 20-point comebacks, nearly a reversal of a curse, buzzer-beating two-point conversions, and perhaps the most ridiculous of all, a shotgun QB Power from the 1-yard-line. After another goofy week of football, here are the Week 3 NFL power rankings.

The Bills have now outscored their opponents 72-17 through two games in routs of the reigning Super Bowl champs and the reigning No. 1 seed in the AFC. Buffalo is clearly the best team in the NFL right now.

Patrick Mahomes got away with five, maybe even six, passes that should have been interceptions, but for all the strange moments, the Chiefs did enough to beat a division rival. The Chiefs pass-rush has been scary through two weeks, and the offense hasn’t missed a beat without Tyreek Hill.

Boy, the Eagles are not messing around. If the defense is able to consistently slow down the top offenses in the NFC, and Jalen Hurts continues to show growth as a passer, this Eagles team should be the favorites to come out of the NFC.

Tampa Bay got a few questionable calls go their way, and ultimately, if you let Tom Brady hang around long enough, he’ll put a game away. Tampa’s defense looks ferocious through two weeks.

The biggest concern for the Chargers coming out of Thursday night is obviously the health of Justin Herbert. They lost against the Chiefs, but the fact that they looked like they belonged on the same field as them for much of this game speaks volumes.

This week looked much closer to the Rams team that went on a Super Bowl run in 2021, down to the nearly blown lead at the end of the game. Allen Robinson was much more involved in the offense, and anytime you can take attention away from Cooper Kupp only makes things easier.

The Packers are still working out the kinks with their new receivers, and if we’re being honest, the Bears certainly should have scored more than 10 points on Sunday night. Until things get worked out, it appears Green Bay is content to run opposing defenses into the ground with AJ Dillon and Aaron Jones.

Will I regret this ranking after the Dolphins play the Bills on Sunday? Probably. That doesn’t change the fact that this offense looks like it might end up working out. Tua Tagovailoa was incredible last weekend, and now, it’s time to build off that.

It was certainly an ugly showing in Philadelphia for the Vikings, but especially on the defensive side of the ball, their struggles weren’t unexpected. Even with the poor showing, Minnesota had their chances, and now it’s all about bouncing back.

Overshadowed by the Dolphins miraculous comeback was that Lamar Jackson had another ridiculous outing en route to getting paid next offseason. The Ravens defense is slowing dwindling due to injuries once again, though.

Trey Lance unfortunately went down with a season-ending ankle injury on Sunday, and he will have to wait yet another year to truly become the starting QB for the Niners. However, the team is in good hands with Jimmy Garoppolo taking the reins.

Things are officially on disaster-watch in Denver. Nathaniel Hackett has looked completely out of sorts through his first two weeks as the Broncos head coach, and things don’t get any easier this week against the Niners.

Joe Burrow is not getting any more protection in the pocket than he did during the 2021 season, and he hasn’t unleashed the same superpowers that he did during the playoffs last year. Additionally, this Bengals defense has had some major struggles early in the season.

Arizona somehow came away from Las Vegas with a win, but Kyler Murray’s full skillset was on display throughout the game. The last couple times the Cardinals have played the Rams without DeAndre Hopkins have not gone well, but they can turn the tides this weekend.

It’s hard to make anything out of that Cardinals/Raiders game simply because neither team wanted to win for such a long period of time. Because of that, the Raiders don’t fall too much in the rankings this week, especially with a matchup with the Titans looming.

The Cooper Rush train strikes again. Other than Rush leading a game-winning drive, the Cowboys defense played terrific football anchored by Micah Parsons, and Tony Pollard ran all over Cincinnati this week.

The Saints offense is dealing with injuries right now, and they looked like it on Sunday. This week they head to Carolina which has been a house of horrors for them recently.

Remember when the Steelers started 11-0 in 2020, everyone assumed it was fake, and then they got blown out by the Browns in the playoffs? Yeah, this Giants team feels like that. Saquon Barkley is great in the backfield, but this team has had so many mistakes that should have put them off the rails by now.

The Patriots looked horrible against the Dolphins in Week 1, and they bounced back a little bit this week in Pittsburgh. We’ll see what happens against a much more talented Ravens offense.

The Steelers defense clearly misses T.J. Watt at this point, and we’re already getting small roars for the Kenny Pickett show to begin in Pittsburgh. It’s rough for the Steelers right now.

That was much closer to the Trevor Lawrence that Jacksonville fans have been hoping for, and even better, it came against the division rival Colts. The defense looks strong behind first overall pick Travon Walker as well.

If we’re being honest, the Tennessee Titans aren’t very good. That said, the fact that they got blown out by the Buffalo Bills probably doesn’t mean much for this team moving forward. On top of everything else, Derrick Henry may finally be starting to lose a step. At least Titans fans have Malik Willis to look forward to.

Overall, the Cleveland Browns have looked like a decent football team for an hour and 58 minutes of football. They’d be 2-0 if the other two minutes weren’t a complete disaster.

Things could not have looked much worse for Matt Ryan and the Indianapolis Colts on Sunday. Frank Reich is on “first coach fired” watch, and it’s just in time for the Kansas City Chiefs to come to town. Surely that will end well.

The Kardiak Kitties are getting frisky. This time, the Lions were on the other side of a near comeback, but they pulled out their first win of the season 11 weeks before they got their first win in 2021.

Joe Flacco ain’t done just yet. The Jets were the beneficiaries of a few poor clock management plays by the Browns, but they took advantage, had an onside kick go their way, and they completed the comeback.

Houston may not have come away with a road win in Denver, but the fact that they were able to keep this game close on the road is enough to keep them outside the bottom-five this week.

Just one question for the Bears: why are you running a QB power out of the shotgun on the 1-yard-line? This was just one of many strange things that happened to Chicago in this game, and they couldn’t rely on bad weather to save them this week.

This game was the full Carson Wentz experience from beginning to end. The first half was horrible, and the second half was absolutely stellar. Unfortunately, that second half wasn’t quite enough to pull out the win.

Carolina’s offense continuously runs into a wall where they force Baker Mayfield to throw the ball. In reality, it makes much more sense just to put the ball in Christian McCaffrey’s hands every play.

All you can do is feel bad for Falcons fans at this point. Atlanta nearly reversed the 28-3 curse on Sunday, but they fell just short at the last minute. 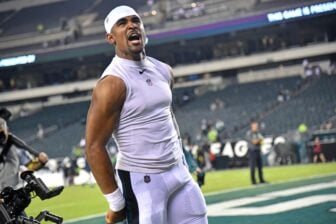 Also Read:
Well, That Was Ugly: Vikings Get Demolished in Philly.