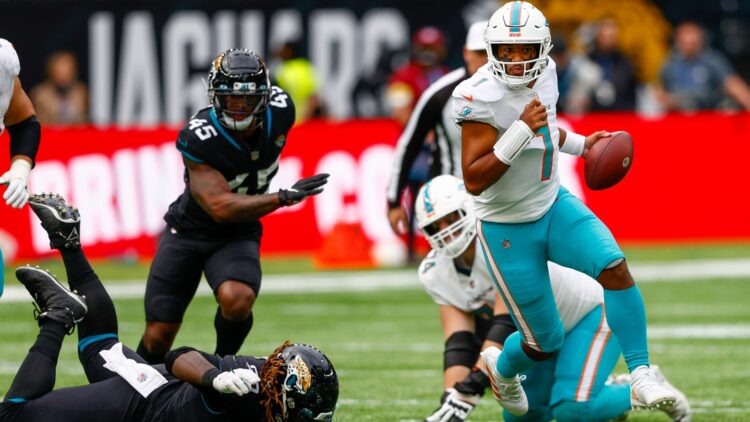 It’s the time in the offseason when a little more creativity is required to fill the football void. Indeed, news isn’t as abundant as it will be toward the end of July, so I’m taking this chance to offer up a schedule prediction for the Vikings. We’ll chop up the schedule, putting together bite-sized pieces rather than one gargantuan article. Shout out to Vikings.com for helping with the game details, PFR for the stats, and PFF for the roster info & grades.

Count me among those who were surprised to see the Saints decide to compete in 2022 rather than finally rebuild.

Their offense has a lot of talent at the skill positions: Alvin Kamara, Michael Thomas, Chris Olave, Jarvis Landry, and Taysom Hill (who plays multiple positions, including QB). Defensively, Marshon Lattimore, Demario Davis, and Cameron Jordan are an impressive trio (and that’s not all the talent they have). The main question they have is on offense. Can Jameis Winston be a strong QB1? I’m not convinced.

It would be surprising if Minnesota was dominant in this one. In many ways, these two teams are similar. Some notable talent all over the roster even though many expected each team to rebuild. Instead, both are taking aim at one of the conference’s open wild card spots. This should be a competitive game.

Somehow, the Bears always find a way to give Minnesota issues. Will that trend finally come to an end now that Kevin O’Connell is in charge? I’ll believe it when I see it. To be clear, I’m not trying to insult K/O. It’s possible he’s an incredible HC. The issue is simply that Chicago is a division rival, one that must be in Minnesota’s head by now.

What ought to make life easier is the mere fact that the Bears roster has very little talent. Khalil Mack and Allen Robinson are gone. They still have strong players like Jaylon Johnson, Robert Quinn, and Roquan Smith, but new GM Ryan Poles has intentionally brought the roster down in an effort to be better in the future.

Justin Fields had a rough rookie season, and yet it’s fair to say he wasn’t in a great situation. I say we give the sophomore more time before we determine whether he’ll succeed in the NFL or not. Be that as it may, I don’t expect him to be dominant in 2022. He’ll likely have a challenging year.

Some point this season, the Vikings will drop a game or two against an opponent they ought not be beaten by. I’m a little nervous about the Dolphins.

Their top 2 WRs – Jaylen Waddle and Tyreek Hill – are very fast. Last year, Waddle had 485 snaps in the slot and 406 out wide. Hill had 508 in the slot and 520 out wide. The point, folks, is that Miami’s offense will likely be able to get their playmakers into favorable matchups. Even if the two WRs remain on the outside, Minnesota may struggle. Cameron Dantzler isn’t super fast and Patrick Peterson is getting older.

On defense, the Dolphins have Byron Jones alongside Xavien Howard. Miami might be able to hang with Minnesota’s WRs, especially if their pass rush can be disruptive.