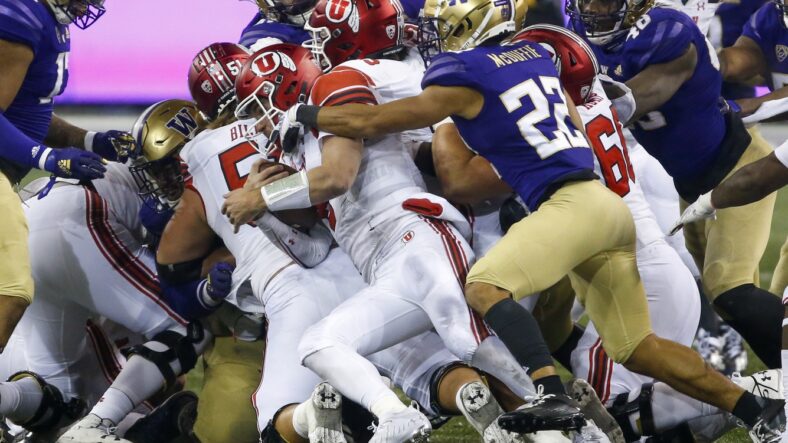 The Patrick Peterson signing was smart, but the Vikings still have work to do at corner. Thankfully, it looks like some of the foremost corners in the draft would fit well in Minnesota. In fact, PFF recently suggested that Trent McDuffie is a great fit for the Vikings.

According to Anthony Treash, McDuffie would thrive in the Donatell defense:

New defensive coordinator Ed Donatell, who has spent the last decade with former Denver Broncos head coach Vic Fangio, will likely be bringing a Fangio-esque scheme to Minnesota. They will need heady corners who can handle their off-zone coverages and hold their own in man when they change post-snap.

The 5-foot-11, 193-pound cornerback boasts plus awareness, athleticism and physicality, and he would fit like a glove in this kind of system. He posted an 80.0-plus PFF grade as a true freshman, sophomore and junior with the Huskies and allowed just 111 yards across 296 coverage snaps in 2021.

The first corner on the list is Derek Stingley, someone who’d fit with the Vikings given that the article suggests he could play anywhere. It’s also notable that both Sauce Gardner and Andrew Booth Jr. have received praise for their press-man abilities. Donatell has publicly acknowledged that he wants corners who can play man at a high level, so any of these three could be great choices.

The appeal with McDuffie is obvious. The scouting reports suggest that he’s competitive and physical, gritty and smart. The main concern seems to be his size. Obviously, it’s preferable if every corner is built like Peterson – 6’1, 203 and who ran a 4.3 forty – but that’s just not realistic. Corners can overcome a lack of size, often due to great quickness, compete, and intelligence (one thinks of Antoine Winfield).

At this stage, my best bet is that the Vikings will look to trade down. If that occurs, McDuffie may not be available for Minnesota. Regardless, look for the Vikings to focus on adding a corner in the draft. After the draft, expect Minnesota to circle back to the free agent market for one more veteran.