The Most Underrated Vikings Offseason Acquisition 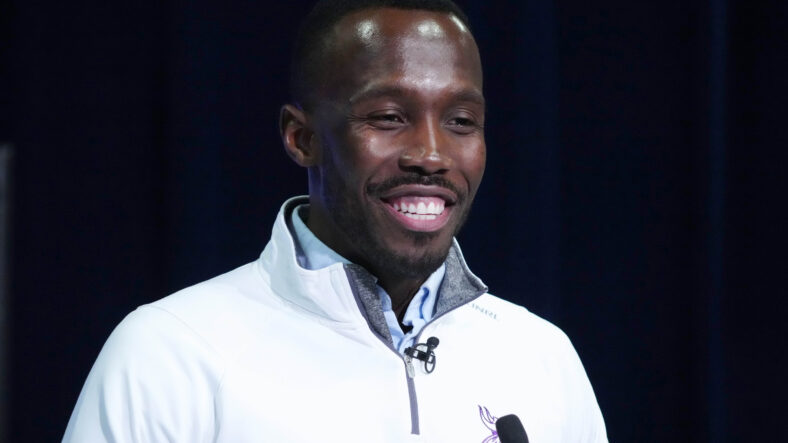 It’s been quite the busy offseason for the Minnesota Vikings so far into 2022. Between finding a new head coach and GM duo, turn coating multiple starters from a rival, and making numerous controversial draft weekend trades, you won’t find too many teams as active as the Vikings over the past few months.

With all that’s gone on, it’s easy to forget some of the smaller things that happened, and one such acquisition that has flown under the radar is what I want to bring back to the surface. That acquisition is the free agent signing of linebacker Jordan Hicks.

In recent years, the Minnesota Vikings run defense has been absolutely atrocious. I discussed it at a surface level in a recent piece with Kyle Joudry, but let’s dive into it again. In 2021, they ranked among the bottom four in terms of yards per rush. Teams quickly caught on to Minnesota’s weaknesses in this area and proceeded to pound the air out of the football.

For a team that played as many close games as the Vikings did in 2021, an inability to stop the run is a death sentence. One extended possession can change the outcome of the game, and one effect of the Vikings weak run defense was the allowance of 15 fourth down conversions. This total was tied for the eighth-most in the NFL, and certainly was a causing factor in Minnesota consistently losing the time of possession battle by nearly two minutes per game.

If you’re still not convinced that the Vikings’ run defense was one of the biggest problems in 2021, in six of Minnesota’s nine losses they gave up 149+ rushing yards. Per Stathead Football, teams went 37-100 in 2021 when allowing this many rushing yards. The Vikings went 0-6.

This was a clear need for the Vikings offseason, and KAM certainly attempted to find players at all three levels of the defense to improve it. Andrew Booth and Lewis Cine are both players in the secondary that can be hard-hitting run stoppers when necessary.

On top of that, the switch to a 3-4 defense should allow Minnesota to have more athletic bodies on the field at all times to stop zone rushes. Jordan Hicks fits perfectly into this category. His 18 TFLs since 2020 ranks 26th in the NFL over the last two seasons and higher than any other player on the Vikings roster over that period.

Jordan Hicks joining the Vikings is important because of his talent as a run-stopper, but that’s far from the only reason. If you have forgotten, Eric Kendricks missed multiple games once again during the 2021 season. In fact, Kendricks has not played a full season since the 2017 season, though the only game he missed during 2019 was Week 17 when the starters rested for the playoffs.

Even still, are you noticing a trend? Minnesota made the playoffs in 2017 and 2019, the two seasons where Kendricks did not miss time due to injury. They’ve missed out on the playoffs in 2018, 2020, and 2021 when Kendricks has been forced to sit. In fact, since 2016, the Vikings are a measly 4-7 in games where Kendricks is inactive. Two of those wins have come against the Detroit Lions, and the others were against the 2020 Jacksonville Jaguars and 2021 Chicago Bears. Not exactly teams that we would consider as top-tier competition.

The signing of Jordan Hicks provides the Vikings with another competent inside linebacker that can not only play alongside Kendricks in the 3-4 defense but could potentially take over the reins for a couple weeks if the veteran is forced to miss time once again in 2022. Until this signing, the Vikings were looking at options such as Troy Dye to fill these snaps. Hicks is certainly an improvement.

It wouldn’t be a Vikings offseason during the 2020s if Minnesota wasn’t forced to navigate a tricky salary cap situation. This has forced multiple contract restructures as well as anyone being signed to come on for smaller paydays. Jordan Hicks’ contract is no different.

Hicks signed a two-year, $10 million contract, but just $4.45 million of that is guaranteed, and he has a cap hit of just $3.5 million in 2022. Not only that, but the Vikings also have a potential out following the 2022 season that could save them $5 million in the 2023 offseason. The importance of this option for Minnesota cannot be overstated as they will attempt to throw a boatload of money at Justin Jefferson in about nine months. The Vikings got a talented player, and they got him on the cheaper side of things considering some of the contracts that have been doled out this offseason.

Here’s the thing. Jordan Hicks will not change the Vikings defense from a dumpster fire to one of the elite units in the league overnight. At least, not by himself. However, as I mentioned in the intro, this is just one of the many signings that should see the Vikings trending towards the top half of run defenses in the NFL. Harrison Phillips would be another such player that should provide some pressure in the middle of the defensive line.

This also wasn’t exactly a great offseason to be in search of run-stopping linebackers, especially for a team with a limited budget like the Vikings. Von Miller, Randy Gregory, and Chandler Jones all went for ridiculous prices, and then the talent quickly dipped off after that.

Even still, the Vikings managed to get one of the better players of this free agency class, and they didn’t have to break the bank for years to come to do it. Jordan Hicks is a player of need that will provide an immediate impact, and this may go down as the best free agency signing of the offseason. 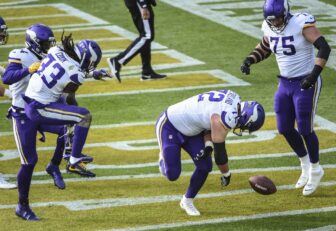 Also Read:
Credit where It’s Due: Ezra Cleveland Has Been Good for the Vikings