The Money Gives Us Hints & Guesses for The UDFAs 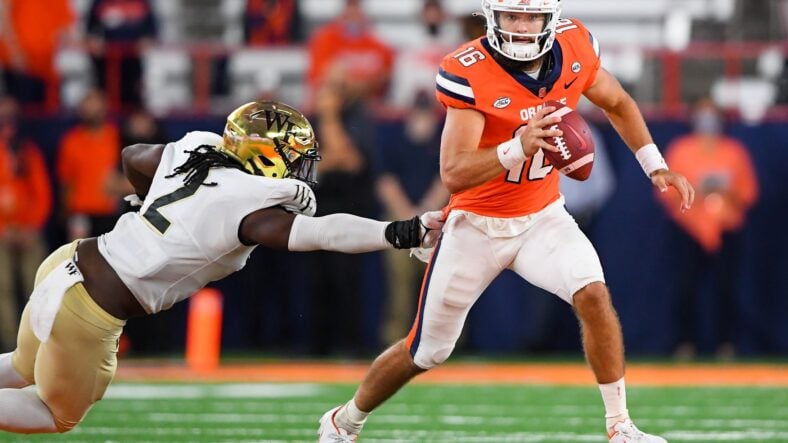 Success in the NFL often comes due to a lot of deception.

A ball carrier picks up more yardage when he can make a defender believe he’s heading left when he’s actually heading right. Coaches disguise their true intentions within complex plays. GMs do their best not to tip their hand leading up to the draft.

Money, though, can cut through all of the lying. If, for instance, a team says they really value someone but then refuse to offer a contract that matches the stated commitment, then we know the team is lying. Think of money as a litmus test for the NFL.

In the above tweet, Ben Goessling provides the signing bonuses and guaranteed money for the eight UDFAs whom the Vikings signed. At the top are Zach McLoud ($250,000) and Luiji Vilain ($227,000). Those are large numbers for UDFAs. The suggestion is that Minnesota did, in fact, make it a top priority to sign these two.

Players who received smaller guarantees, quite evidently, weren’t as high of a priority. Now, that doesn’t mean that these players are thus doomed to being cut. At the end of the day, they have a chance just like anyone else. The hope is certainly that all newcomers perform at a high level. The money merely reveals who Minnesota thought had the greatest shot at sticking around when they offered the deals.

If we step back, we can see a similar truth apply to the roster as a whole. QB is undoubtedly the most important position, and Kirk Cousins is making a massive amount. The team’s other high-end contracts – Harrison Smith, Eric Kendricks, Danielle Hunter, Adam Thielen, etc. – similarly point to the players whom management feels can lead this team to playoff glory.

Where things can end up going really well for a team is when the money ends up being misguided. Maybe one of the UDFAs who didn’t get as much outperforms even the team’s highest hopes. If that occurs, then the Vikings will find themselves in a great position. Having young players outperform their contract – like Justin Jefferson – allows a team constrained by the salary cap to punch above its weight.