The Donatell Diary: Slowing Down The Super Bowl Bengals 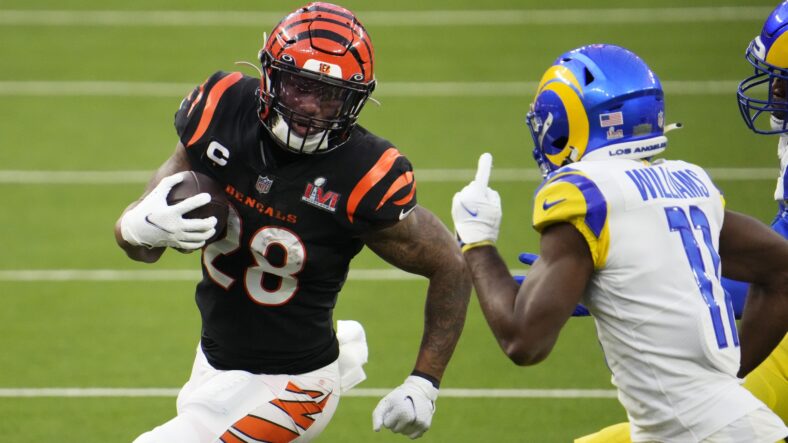 In Week 15, both the Bengals and Broncos were 7-6. Both teams still believed they had a shot to not only make the playoffs but also go on a run to the Super Bowl (the Bengals eventually fell short against the Rams). Unfortunately for Denver, the strong defensive effort didn’t result in a win, once again dropping them to .500.

Finding a way to slow down Joe Burrow is no easy task. The young QB is already one of the game’s top 10 QBs. He regularly made his offensive line look better since he was so elusive. He stayed poised, moving around the pocket and escaping pressure while keeping his eyes downfield. It was far from a dominant performance but it certainly was an impressive one.

Now, we can find a balance here. Just as Burrow deserves credit for not panicking, the Broncos deserve credit for making life challenging for the young QB. He finished 15/22 for 157 yards and a lonely TD pass. Pretty much any DC in the NFL will take those numbers.

As times, Cincinnati found a way to grind out yards on the ground. For the most part, though, Donatell’s defense was really challenging to move the ball against.

In theory, the short pass in the above clip should have worked since the LB to that side was coming after the QB. Denver’s DBs, though, did a nice job of coming up to rally for the tackle as Baron Browning hustled over to help.

Ja’Marr Chase – who had a sensational rookie season – got his first catch in the third quarter, as the game broadcast was quick to note. He finished the day with just one catch for three yards. The secondary certainly did a nice job, but much of that success stems from the front seven’s ability to constantly get Burrow on the move. Tee Higgins only had two catches for 23 yards.

Part of the issue for Denver at this stage is that even small errors lead to the team failing. They shut down Chase, made life difficult for Burrow, and ended the game by only allowing 15 points. They still lost. Ed Donatell’s Broncos played an impressive game against the AFC’s representative in the Super Bowl. Unfortunately, they didn’t get much support.

Burrow was able to pick up multiple first downs with his legs. If the pass rushers get out of their lane, a mobile QB will find room to run. The secondary is commonly in man coverage, so that can often involve the QB finding a lot of green grass. Once again, I’ll mention the possibility of a QB spy.

The lone Bengals touchdown was really impressive. Take a look:

Earlier in the quarter, Samaje Perine had a 22-yard run. Part of what allowed that earlier run to succeed was the WR motion before the ball was snapped. Zac Taylor sent a WR toward the left side. The LBs thus shuffled down to match the added numbers to that side of the field. The issue is that Perine takes the ball to the right side, an area that has more room since the LBs stepped out of position to account for the motion.

To start the TD drive, Cincinatti does something similar on a Joe Mixon run. The WR motion causes the linebackers to react; the Mixon run works partly due to the room that’s created. On the next play, Boyd goes for a TD. Cincinnati takes advantage of Denver being a little bit confused. The defenders step up on the play action, allowing Boyd (underrated) to find plenty of space. It’s a really good sequence for the Bengals.

As I mentioned before, the margin for error at this stage in Denver’s season was super small. The offense really wasn’t been performing well, an unfortunate reality given how impressive the defense had been. The team is now at 7-7, an unenviable spot given that there are several teams competing for the final playoff spots.

The next game involves Denver taking on Las Vegas Raiders.