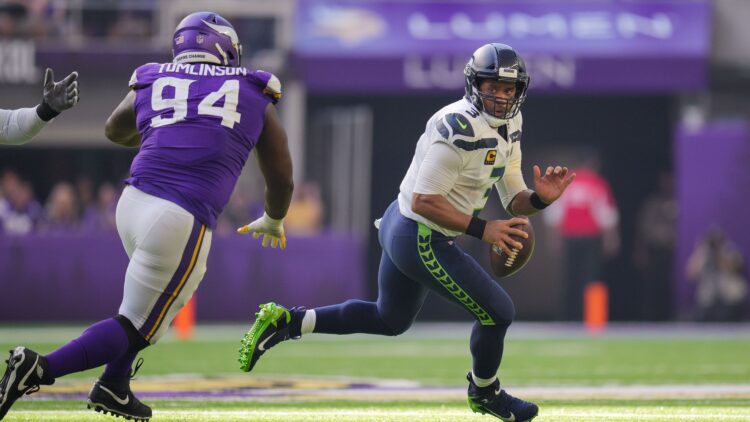 The roster prediction turns to the defense, where we’ll start up front. The Vikings defensive tackles are an overlooked bunch. Despite that reality, they have the chance to be sneaky good. Dalvin Tomlinson and Harrison Phillips will be the team’s starters, and some of the depth players will be given the chance to show they’re capable contributors.

How many make the roster? What kind of role can we expect for these players in Ed Donatell’s new scheme?

A lot of the time, the only defensive linemen on the field will be two DTs. These players will be in 3-point stances. The team will then have two edge rushers, two middle linebackers, and five defensive backs. Being so light up front means the iDL will need to be strong against double teams. Getting blown up in the run game can become a major issue.

Thankfully, it looks like the Vikings are in a pretty good position. Last year, Phillips finished as the 15th-best DT on PFF; Tomlinson came in one spot below him at 16th. The former did very little as a pass rusher, though he still found a way to rank highly given how well he did defending the run. The latter, surprisingly enough, finished with a better pass rushing score than run defense score. Combined, Phillips and Tomlinson should be a handful for most teams’ iOLs.

The next man on the depth chart is Armon Watts, a sixth-round pick from 2019. He’s soon to be 26-years-old. His run defense grade was poor, but his 70.9 pass rush score came in at 25th overall. On obvious passing downs, I expect to see Donatell take Phillips off the field so Watts can get in. The fine folks at PFR indicate that Watts got in on 56% of Minnesota’s defensive snaps last year. He finished the year with 5 sacks and 21 pressures.

After those three, the competition is looking pretty wide open among the Vikings defensive tackles. Players like Jaylen Twyman, James Lynch, and T.J. Smith are fighting for what is likely just one more spot. Twyman is someone fans should keep an eye on. He missed all of his rookie season due to getting shot before the year began. Coming out of the draft, there was some hope that he could be a pass rusher at 3T. He’s listed at just over 300 pounds – pretty small for a DT – and had some pretty impressive numbers in college. He had 10.5 sacks for Pittsburgh in 2020.

Admittedly, the defensive line positions in a 3-4 won’t be as clear cut as in past seasons. Players will be asked to play in different spots, moving up and down the line. The distinction between a DT and DE can be tricky in this scheme, but I’ve tried to focus in on the players who will end up playing mostly at 1T and 3T.

Tomlinson, Phillips, and Watts look like they’re locks for the team. As long as he’s healthy, Twyman may offer the most upside among the rest of the others. I think he completes the top 4 DTs on the Vikings roster.

Editor’s Note: This piece is part of a larger roster prediction series. The previous pieces have covered QB, RB, WR, TE, and OL.