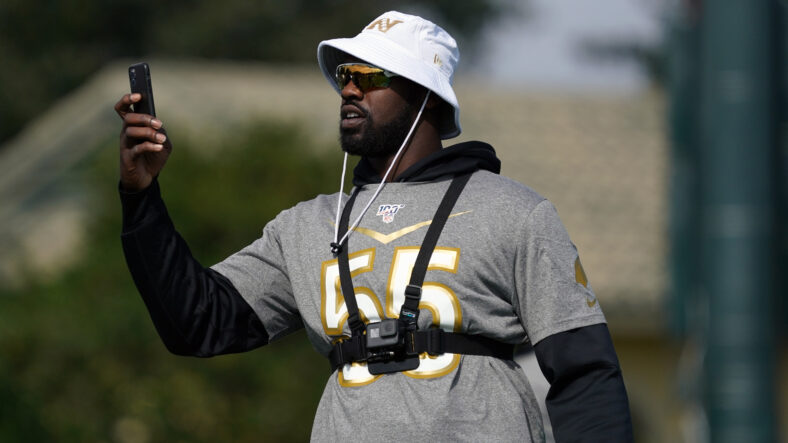 One of the consistent ideas we’ve heard this offseason is that Minnesota’s new leadership group is conducting itself similarly to the former group. Rather than fully embrace a rebuild, free agency involved bringing back most of the purple talent. The lone huge signing was for Za’Darius Smith. The draft, moreover, featured a lot of trading down, leaving the Vikings with ten overall selections by the end. At times, it was reminiscent of Spielman.

It’s these basic facts that have left some wondering if Kwesi Adofo-Mensah and Kevin O’Connell have done enough to improve. Does an average free agency and average draft catapult this roster into great?

But here we are now, 10 weeks later, and the truth is an uncomfortable one for Vikings fans. As the roster-improvement phase of the offseason culminated this weekend with the NFL Draft, the harsh reality is that this roster really isn’t much better than the one that hasn’t had a winning record since 2019. The moves made by this front office haven’t really distinguished itself from those of the previous one.

Instead, the supposed path forward this offseason has been to continue the course Spielman plotted. Re-sign and rework the contracts of veterans by lowering their cap hit in the short term with void years and potential land mines that future salary caps will have to manage. Trade back in the draft and accumulate mid-round picks. Profess that there’s improvement to be had on the margins with the roster that already exists.

Graff is making some good points. Overall, the strategy has looked eerily similar to the previous regime’s. Where I’ll push back slightly, though, is in the timeframe. Minnesota has put a clear end date on their window. If things don’t go well this year, they can start moving players as early as next year. 2024 would be the full reset since there’s so little guaranteed money on the books in a couple seasons.

The additions, admittedly, haven’t been overly splashy. I am enthused about Smith, and I think Chris Reed could make a positive difference along the OL. From there, I do like the Lewis Cine and Andrew Booth Jr. picks. Greater health from Danielle Hunter, Adam Thielen, Eric Kendricks, and/or several others would also make a difference.

Fans and writers alike can come up with reasonable criticisms and concerns about how the Vikings have approached the offseason. I, for one, am a touch more optimistic than lukewarm. I think their front seven can be strong, just as I think that K/O might be a huge improvement over Klint Kubiak as a play caller. If these things occur, perhaps Minnesota will find itself back in the final tournament. If not, expect major changes.