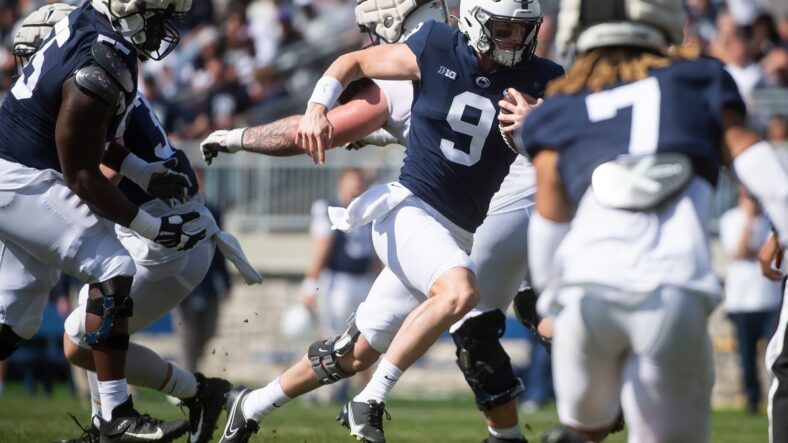 We’ve already gone through many of the major contenders in the AAC, and we just finished up with the ACC. Now, we’ve been working our way through a conference that hits very close to home for most Minnesota Vikings fans that dabble in college football: the Big Ten. We’ve just about completed our time in this conference, but it would not be complete without a discussion of the Penn State Nittany Lions.

After an 11-2 campaign and a Cotton Bowl victory in 2019, post-Covid life has not been kind to the Penn State Nittany Lions. Over the past two seasons, they’ve significantly underperformed compared to preseason expectations, combining for an 11-11 record overall and posting 4-5 records within the Big Ten.

With Sean Clifford returning for his sixth and final season of college football, the Nittany Lions have one of the most experienced players under center in the entire Big Ten. With a stronger running game, and Michigan and Ohio State both being forced to come to Happy Valley, this is Penn State’s last chance with this offense to put up another conference title.

Penn State has talent on its roster no doubt, but that still doesn’t make it any easier to replace eight NFL Draft selections. Despite a lack of team success, this is the most Nittany Lions any draft has seen since 1996 when Joe Paterno’s Penn State program won the Fiesta Bowl.

In particular, their first-round wide receiver, Jahan Dotson, was a lightning bolt whenever Clifford got him the ball. It will be interesting to see if Western Kentucky transfer Mitchell Tinsley can replace that production after a 1400-yard season with the Hilltoppers.

One Last Shot for Sean Clifford

As aforementioned, Sean Clifford has seen just about everything in his time with the Nittany Lions. He helped lead Penn State to their highest high of a Cotton Bowl victory in 2019, and he saw the lows that was their historically bad start to the 2020 season, starting the year 0-5 with losses to programs like Indiana and Nebraska.

With another fun receiver in Tinsley being worked into the mix, and a much-improved running game with freshman Nick Singleton in the backfield, this offense should be back to normal in 2022.

Once again, Penn State features a number of headline prospects for the 2023 NFL Draft, and I’m not going to focus on any of them for this section. Instead, I want to turn our attention to someone a little more unknown heading into the 2022 season. Smith Vilbert has been buried in the depth chart of the Nittany Lions’ EDGE group for a long time, behind players like Arnold Ebiketie and Micah Parsons.

This year still, he seems to be stuck behind both Adisa Isaac and Nick Tarburton, but there is reason to believe that he could finally emerge. The last time we saw Penn State take the field, it was in their Outback Bowl loss to Arkansas. Despite the loss, Vilbert had an outstanding day, recording three sacks just in the first half.

Vilbert has incredible length at 6’6 and displays terrific burst out of his stance. Understandably, he is quite raw in terms of his pass-rush skills, but that is expected for a guy that has played in just six games to this point in his collegiate career. Making this even more of a non-factor is the fact that if the Minnesota Vikings were to draft him, he’d simply be a player waiting in the wings while Danielle Hunter and Za’Darius Smith man the day-to-day tasks at OLB for the next couple years.

Selecting Vilbert would be about taking a chance on his upside. He certainly has plenty of that, and if he can force his way into the lineup for a few more of Penn State’s games this year, the redshirt junior has a great chance of being drafted. 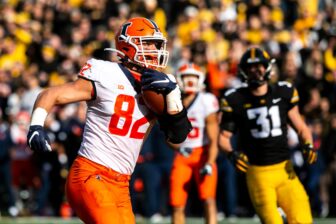