Another Former Viking Heads to the Saints 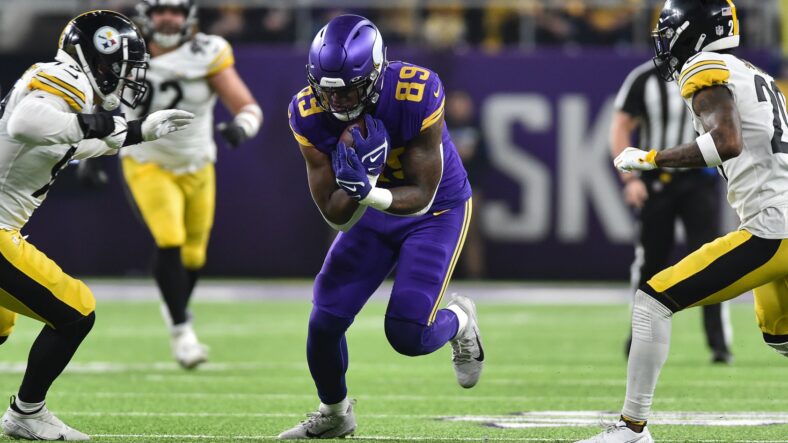 A number of former Minnesota Vikings have shed their Purple and Gold roots by heading down south to the New Orleans Saints this offseason. Among them are TE Brandon Dillon as well as LB Eric Wilson. Now, the latest acquisition of former Viking talent comes in the form of TE Chris Herndon.

Herndon was acquired via trade with the New York Jets in the wake of Irv Smith’s season-ending injury ahead of the 2021 season. Over the course of three years with the Jets, Herndon recorded 71 receptions, 798 yards, and seven touchdowns. None of his years were as good as his rookie season where he put up over 500 yards and four touchdowns.

Unfortunately for the Vikings, he ended up being a non-factor in the offense for much of the 2021 season. Tyler Conklin emerged from the group as the TE1, and Herndon recorded just four receptions, 40 yards, and a single touchdown.

Now, he heads down to the bayou and joins a tight end group in a pretty similar situation to the Vikings. Adam Trautman is entering his third season in the league and has shown signs of progression each year. Saints fans are hoping he turns into a star this year, similarly to how Vikings fans feel about Irv Smith in his de facto third NFL season.

Outside of Trautman, the Saints have Nick Vannett on the roster, a capable backup, but very little depth after that. Herndon will likely jump right in to compete for that backup spot with Vannett and should make the final 53-man roster.

The Vikings will play Herndon and the Saints in London during Week 4 of this season. The Vikings serve as the road team for that game on Sunday, October 2nd. We shall see what type of role, if any, the Saints have for the veteran tight end when that date rolls around. Hopefully Irv Smith will suit up for that game as well after suffering a thumb injury in camp earlier this week. 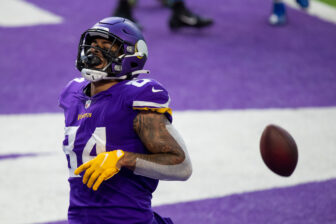 Also Read:
Irv Smith Has Already Had an Injury Scare in Camp