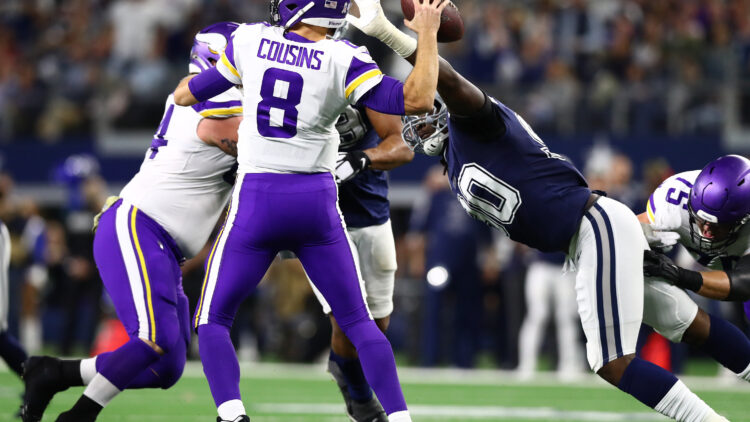 The Vikings have once again embarrassed themselves on national television, losing a prime time game at home against Cooper Rush and the Dallas Cowboys, putting their playoff aspirations in doubt.

Coming into the game, the Vikings were fresh off of a bye week, had a respectable .500 record, and were at home against a back up quarterback to get the season back on track. Disappointingly, they were not able to take advantage of a crucial opportunity, and will now be fighting an uphill battle to get into the postseason.

Although it may be painful, let’s go back over the game and try to figure out what went wrong on Sunday night.

Things started off well, as they have in many games this season. The Vikings have had such great success with scripted plays at the start of the game, that they actually scripted the opening drive of the second half in a game earlier this season. Against the Cowboys, this same pattern repeated, as the offense marched down the field with ease to open the game, putting together a 7 play, 75-yard touchdown drive, capped off by a 20-yard Adam Thielen touchdown. However, the momentum was not sustained, and the Vikings offense sputtered and struggled for the remainder of the day against the Dallas Cowboys.

The reason the Vikings were not able to sustain drives is because they failed to convert on third downs. The Vikings offense was a miserable 1 for 13 on third downs, and they didn’t make it easy on themselves, either, as they averaged 8.1 yards to go per attempt. That means they were averaging less than 1 yard per play on first and second down. Some of this may have been due to a poor game plan, but Kirk Cousins also had an undeniably poor performance, making bad reads, checking the ball down too early, and throwing inaccurate passes. The offense simply needs to perform better on third down to give the team a chance to win games.

On the other side of the ball, the defense did not perform much better in third down situations. The Cowboys converted 7 out of 14 third down opportunities with a back up quarterback starting the first game of his career. Mike Zimmer and the Vikings defense is known for getting after the quarterback in passing situations with creative fronts and blitzes, but this was not the case against Dallas. Dallas threw the ball for 17 first downs throughout the game, compared to 6 for the Vikings. It’s safe to say that Cooper Rush outplayed Kirk Cousins, especially on third downs.

Although the game was a miserable experience on the whole for Vikings fans, there were a few solid performances that deserve recognition.

First off, former Dallas Cowboys safety Xavier Woods had a great game for the Vikings. He was a ball hawk in the secondary, recording an interception off of a pass tipped by Harrison Smith, in addition to making one of the plays of the games on an explosive strip sack hit on Rush.

Another player that had a good game was Everson Griffen, who has showed flashes of his old self over the past several weeks, recording several sacks and pressuring the quarterback consistently. It was unfortunate to see Hunter go down, but hopefully he will be back. Griffen and Hunter will continue to cause issues for opposing offenses for the remainder of the season.

Overall, this was a flat out disappointing loss for Minnesota fans. The Cowboys were down a quarterback, the Vikings were at home, and they were given every opportunity to win the game. But, converting only one third down over the course of a game will inevitably result in losses. The Vikings have plenty of work to do this week as they prepare to travel to Baltimore to take on a talented Ravens football team.