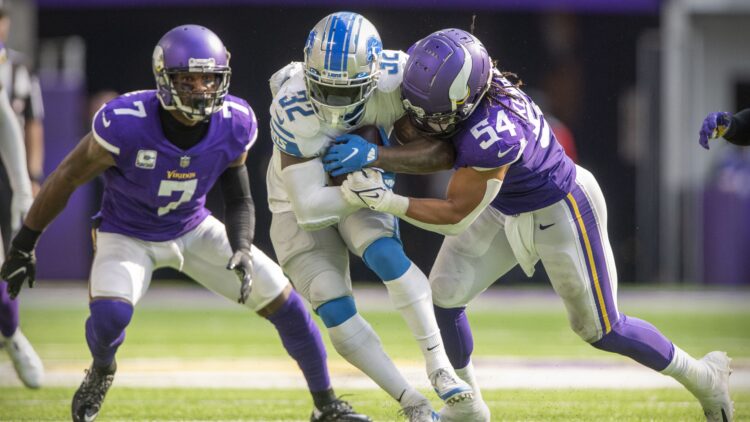 The Minnesota Vikings have been an extremely banged up group over the past few weeks. Injuries proved to be a killer against the Detroit Lions as Minnesota played without Christian Darrisaw, Adam Thielen, Patrick Peterson, Eric Kendricks, and Anthony Barr. This prior list doesn’t even include Danielle Hunter, Everson Griffen, and Irv Smith. However, we finally are getting some good news regarding the Vikings injuries.

First off, positivity regarding a non-injury absence. Patrick Peterson has been cleared to come off the COVID-19 list after missing the game against Detroit. Especially on that last drive, the secondary was exposed by Jared Goff and the Lions. Minnesota lacked a playmaker on the defensive side of the ball, and they will have their CB1 back in the lineup against Pittsburgh.

Speaking of playmakers, Anthony Barr seems ready to come back on Thursday as well. Barr missed last week with a hamstring injury, but he said himself this morning that he will be returning to the lineup. Among all the Vikings injuries, the ones to the linebacker unit have been most notable. The absences of both Barr and Eric Kendricks made it possible for the Lions to own the middle part of Minnesota’s defense.

Finally, this last Vikings injury update may not be pertinent this week. However, it’s good news for weeks to come. Mike Zimmer said that Adam Thielen will return this season after suffering a high ankle sprain versus Detroit. The Vikings offense, especially in the red zone, desperately missed the veteran wide receiver last week. Minnesota failed to convert on a trio of two-point attempts. The offense also failed to find the goal line on another red zone drive in the game. If Thielen was in the lineup, it’s hard to think things wouldn’t have ended up differently in the Lions game.

As aforementioned, the Vikings will be coming off a short week to play the Pittsburgh Steelers on Thursday Night Football.