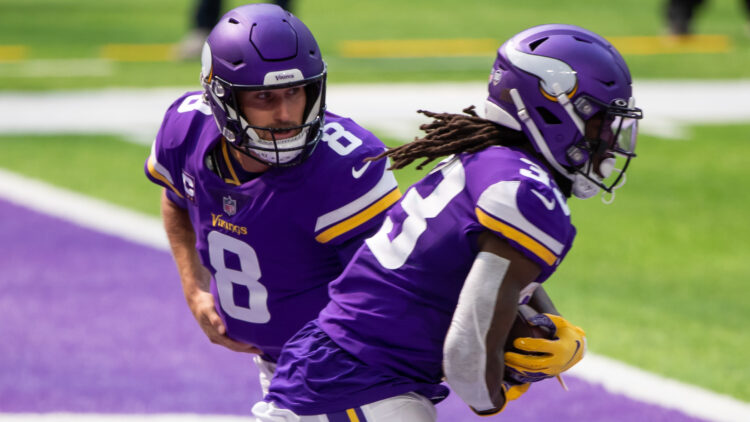 The season opener for the Minnesota Vikings was a sloppy game no matter how you look at it. The offensive line continually got flagged, the secondary was burned for a couple big plays, and Kirk Cousins never got into a rhythm passing the ball.

The first play of the game really set the tone for the entire first half: a false start on FB C.J. Ham. The Vikings committed 10 penalties in the first half and mustered just seven points.

The defense overall held strong in the first quarter, allowing just 15 yards. However, the second quarter saw a couple miscues from veteran CB Bashaud Breeland. The former Giant committed a 26-yard DPI near the goal-line, and then got burned for a 50-yard touchdown catch by rookie Ja’Marr Chase with just over 30 seconds left in the half.

Cincinnati came out of halftime rolling, and they went on an 11-play, 75-yard TD drive, capped off by a 2-yard run by Joe Mixon.

A questionable coaching decision from Zach Taylor allowed the Vikings to get back in the game. The Bengals were unable to convert a fourth down from their own 30, and Minnesota responded with a quick touchdown.

The defense continued to play well over the next drives, forcing a field goal and a punt. Meanwhile, the Vikings scored another touchdown to make the game 24-21.

With under two minutes left in the fourth quarter and just one timeout, the Vikings put together one more drive to get into field goal range, and newly signed kicker, Greg Joseph, drilled a 53-yarder to tie the game at 24 and send it to OT.

The overtime began with a failed drive by both teams. After a booming 62-yard punt by Minnesota punter, Jordan Berry, Cincinnati went three-and-out from their own goal-line. With good starting field position, the Vikings began moving down the field. Dalvin Cook then fumbled on a carry from the Bengals’ 40.

The Bengals proceeded to take over with terrific field position, and after a gutsy fourth down pass from Joe Burrow to C.J. Ozumah, the Bengals won the game on a field goal by Evan McPherson.

The Vikings will play on the road again next week, traveling to face the Arizona Cardinals.