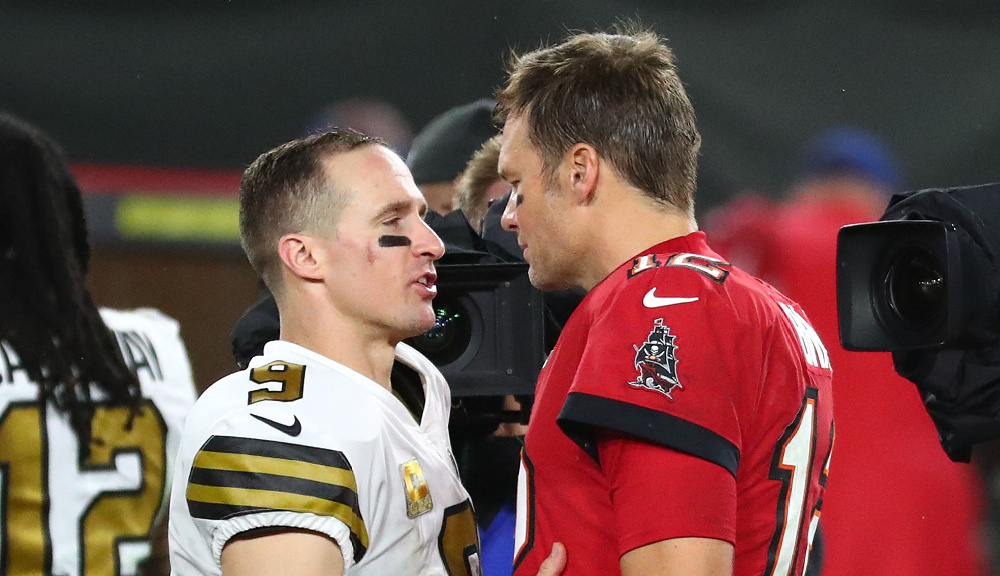 The wild card round was…well, wild. We saw a few things we haven’t seen in a long time, and a few things we haven’t ever seen. Cleveland scored 28 points in the first quarter during a rout of Pittsburgh. Buffalo and Lamar Jackson both won. A game was played on Nickelodeon with slime cannons in the end zone. Now that the madness of wild card weekend is over, it’s time to take a look at the divisional matchups.

The Packers got to enjoy Wild Card weekend from the comfort of their homes, and now they are preparing to play against a feisty LA Rams team. The Rams proved that they can win when their defense leads the way. Against Seattle, they sacked Russell Wilson three times while Darious Williams had a very timely pick-six to put LA up by 10 in the second quarter.

Green Bay’s offensive line will be tested without David Bahktiari against a very tough defensive front. There is the chance that Aaron Donald is out or at least limited with the rib injury he suffered in the wild card round. However, Ian Rapoport reported that LA is hopeful that he will be ready to go. The matchups to watch will be battles between Davante Adams and Jalen Ramsey as well as Cooper Kupp and Jaire Alexander. The two CBs should make things difficult for Aaron Rodgers and Jared Goff to find their favorite targets.

The Rams running game will also keep this one close as I expect them to control the time of possession battle. That said, Green Bay is used to playing in cold conditions whereas the Rams are coming from a warm dome in LA. The Rams will make a couple mistakes to cost them a win.

Is the third time the charm for Tampa Bay and Tom Brady? In the previous two matchups with New Orleans, the Buccaneers have been handily outplayed throughout. Brady struggled mightily in each game, with the Saints’ pass rush proving to be too much. The Saints defense continued to shine against Chicago in the wild card round, whereas Tampa Bay allowed Washington to hang around until late in the fourth quarter.

However, the Saints not only have the daunting prospect of facing Tom Brady in the playoffs, but they have to beat a divisional team for a third time. This is something that New Orleans did to Carolina back in 2017, but it has never been done to Tom Brady.

The biggest issue for Tampa Bay against the Saints has been turnovers. They turned the ball over three times in each matchup, essentially playing themselves out of the game. New Orleans will be able to get Drew Brees, Michael Thomas, and Alvin Kamara a full week of practice together, though, which is a luxury they haven’t had all season. The Saints defense will prove enough to best Brady one more time.

Cleveland made a huge statement to the rest of the NFL with their demolition of Pittsburgh. They came out and played with much more urgency and energy than the Steelers did, and it showed in their record-tying 28 first quarter points. They also forced three turnovers in that first quarter and pulled away by doing nothing but running Nick Chubb and Kareem Hunt up the gut. And yes, all of this was done with head coach Kevin Stefanski sitting at home in his basement.

Kansas City might be the most talented roster in the league, but they seem to have coasted through most of the season. The question is whether or not they can become LeBron James-esque and just flip a switch going into the postseason. I have a feeling they will come out with an intensity that we have rarely seen this year in long stretches this season. The Browns secondary is good, but it is not good enough to contain all the weapons that Patrick Mahomes has at his disposal.

Both teams are coming off impressive wins in the wild card round, but I noticed one team celebrating a little too much. The Ravens went so far as to stomp all over the Titans’ logo, recreating Tennessee’s celebration after they beat the Ravens in Baltimore last year. We all remember how that turned out for the Titans. For the baseball fans out there, it was reminiscent of when the Rays celebrated their win over the Dodgers in game four of the World Series. They went out and lost the next two, and LA was crowned the champion.

Buffalo got their first playoff win in 25 years, and Josh Allen played very well against a good Indy defense. The Bills defense is not as good as it has been in the past, but they still have the playmaking ability to make things difficult on Baltimore’s rushing attack. Buffalo’s biggest weakness has to be their own rush, especially against good run defenses. Baltimore certainly has one of those. This game has all the makings of an ugly slugfest.