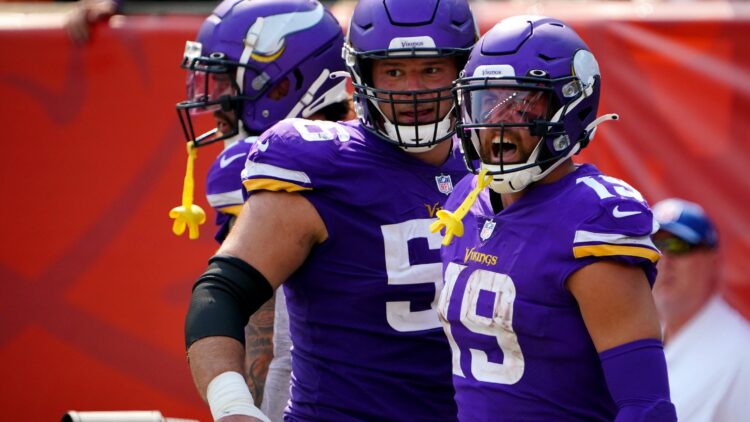 Well, that was a rough one. The NFC North lost all four of their games this weekend, and they lost by an average of 16.5 points. Overall, it was an extremely forgettable week, but here’s a quick recap of what happened in each game.

The Bears Falter in LA

The LA Rams are widely considered a Super Bowl contender especially after acquiring QB Matthew Stafford. Unfortunately for the Chicago Bears, they were the first team to run into this buzzsaw. Stafford torched the Chicago defense for 321 yards and three TDs, including deep touchdown connections with Van Jefferson and Cooper Kupp.

Then, on the defensive side of the ball, Aaron Donald started 2021 right where he left off in 2020, continuously creating pressure on Andy Dalton. The one good thing about Chicago’s performance was their ability to open up running lanes. David Montgomery broke 100 yards rushing in a productive day, and Justin Fields came in and scored his first career touchdown on a three-yards run. It wasn’t nearly enough though as Chicago fell 34-14.

This game started out looking like a typical rebuilding Detroit Lions game. They went down 41-17 in the fourth quarter, but it turns out the Dan Campbell Lions are going to claw and fight for every game. Over the course of about five minutes, Detroit scored twice and made the score 41-33 before forcing a turnover and taking the ball all the way down to San Francisco’s 25 yard-line. However, they failed to convert on fourth down, turning the ball over with 12 seconds left.

Not only did Detroit lose the game, but they have also lost sophomore CB Jeff Okudah. The 2020 third-overall pick seems to be out for the season with a torn Achilles suffered in yesterday’s game.

Green Bay’s Last Dance Gets Off to Rough Start

Aaron Rodgers and Davante Adams are back in Green Bay, so all is good, right? Maybe, but it didn’t look that way on Sunday. Jameis Winston tossed five TDs on the day for New Orleans, including a 50-plus yard connection with De’Onte Harris while being covered by Green Bay’s favorite son, Kevin King.

Rodgers himself looked pretty horrendous for much of this game as well. He ended the day just 15/28 passing for 133 yards and two interceptions. The Saints defensive front got some pressure on him and essentially eliminated any sort of running game for the Packers. Green Bay will have to wait at least another week to celebrate their first win after losing 38-3.

Minnesota played one of the sloppiest games of football I’ve ever seen, committing 10 penalties in just the first half. That said, the game was still very winnable, especially after some questionable coaching decisions by Zac Taylor. The offensive line did not play well at all in this one. Kirk Cousins was consistently under pressure, and he struggled hitting his receivers in stride on key situations.

Even with the struggles, Greg Joseph hit a field goal as the clock expired to send the game into overtime. At the end of the day, though, their inability to run the ball probably cost Minnesota the game. The Vikings just couldn’t establish a presence in the running game, mostly due to them moving backwards on the majority of their drives. It literally cost them the game when Dalvin Cook fumbled on the Bengals 40-yard line, allowing Cincinnati to start with great field position before kicking their own field goal to win the game.