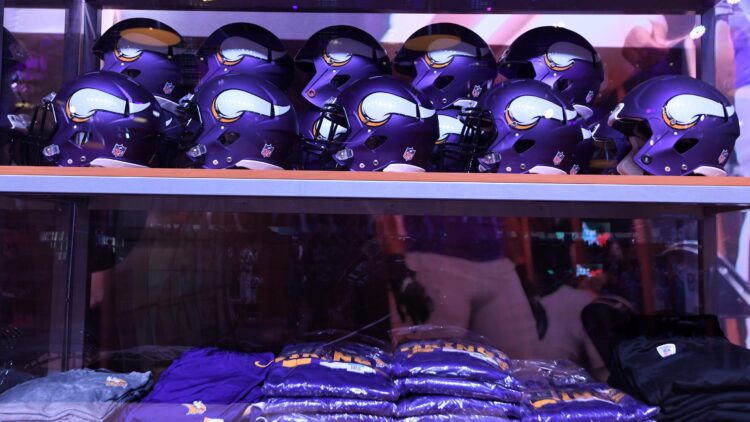 For the most part, Vikings fans seem to think Mike Zimmer is merely a grumpy, crusty, hard-nosed coach. He is, to be sure, all those things, though it’s not all he is. I’m among the minority who believes Zim is actually a pretty sensitive dude. He hears the criticism and it bothers him. He thinks about other people’s feelings. He has several reporters on a first-name basis and can often be quite kind. As a result, Zim’s decision to give Vikings equipment manager Dennis Ryan a game ball following the Packers victory shouldn’t come as a surprise.

The longtime Vikings equipment manager missed Sunday’s 34-31 victory over the Packers because of COVID-19. That meant Ryan’s streak of consecutive games ended at 705. He hadn’t missed a regular-season game since 1979 and had also been to 351 straight home games since 1977.

Folks, that’s a long streak. It took the unprecedented Covid-19 pandemic to keep Dennis Ryan away from a Vikings game.

Zim was pretty outspoken in his praise for Ryan: “Dennis … I think everybody in this building loves Dennis […] He’s a tireless worker. He told me this week, when he found out he had COVID, that he was going to miss his first game in [almost] 45 years.” Zim goes on: “He said, ‘Darn, it has to be against the Packers.’ Actually, he said more than that. He texted me that we should beat them.” We’re all thankful the Vikings reversed the common narrative by closing out those Packers.

Ryan seems genuinely honored to receive a game ball, the first of his career:

Ryan got choked up when he saw the video, later using some humor to joke it was the most “unearned game ball” in team history. Ryan said former Vikings Head Coach Dennis Green gave the whole equipment staff a game ball back in 2000, but this was his first individual honor. “To be honored like that, that’s the ultimate team award,” Ryan said. “For him to consider me at that point, it was incredible. It was quite an honor that Zim’ did that. I was very humbled and proud and touched by the whole thing.

It takes a full team effort, folks. Oftentimes, the people behind the scenes are as important as the people who take center stage. Dennis Ryan is well deserving of this honor from the Vikings. All of us here at Purple PTSD wish him a full and speedy recovery so he can continue patrolling the Vikings sideline on game day.