2021 Will Be an Historic NFL Season 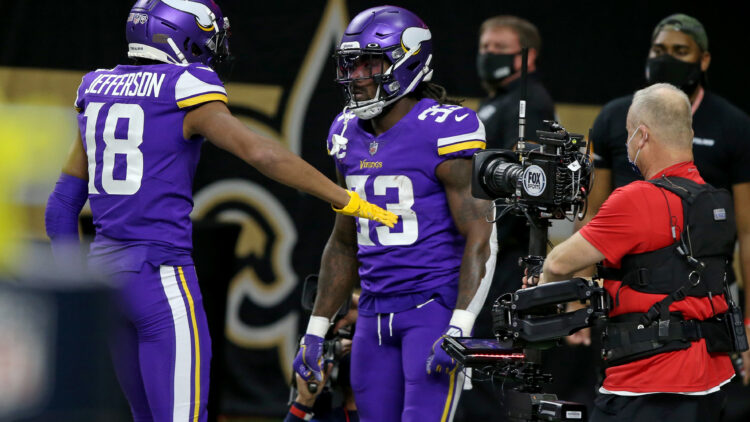 Of course every season ends up being touted as “historic” but 2021 could actually be one of the most memorable in NFL history. In Minnesota alone, there are a ton of historic storylines.

Minnesota is either ascending to greatness, or crashing to failure and rebuild

First and foremost of those storylines is the Zimmer-Spielman-Cousins trio. Spielman and Zimmer put together their best season in 2017, despite gaping holes on the offensive side of the football. More specifically, the offensive line was trash.

To fix this offensive line problem, they kept largely the same offensive line and targeted the most expensive NFL player at the time, quarterback Kirk Cousins. Now, the Cousins era hasn’t been all bad. The Vikings had a very successful 2019 where they knocked off the Saints in New Orleans to move past wild card weekend.

Much like for a lot of the world though, 2020 was an absolute disaster for the Vikings. For a fanbase hungry to be able to see their team lift the Lombardi, it leaves a lot of pressure on a team that has yet to fully capitalize on years of building.

The Vikings are likely stuck with Cousins through 2022, but they did acquire the possible future of the position Kellen Mond. Mond, a third round pick out of Texas A&M,  will get to hold the clipboard and hopefully learn all he can from the veteran Cousins.

For Mike Zimmer and Rick Spielman, the situation may be a little less cut and dry. First, Zimmer is likely in the toughest position of his coaching career so far. Now, his career in Minnesota has been a pendulum swing of a successful following a disappointing season.

This leaves 2021 as an upward swing year. However, Zim may have to fly a bit higher than in past seasons. He is under contract through 2023, but eating his contract is a lot easier than eating Kirk Cousins’ deal.

As for Spielman, he seems to be extremely safe. By all accounts, he’s always put together extremely talented teams, is well regarded by most NFL personnel, and he has yet to sell off any extremely popular players and alienate the fanbase. Even if Minnesota scraps Zimmer, Cousins and Spielman could easily holdover into the new coach’s tenure.

The NFC North is going to be a seriously interesting division

Minnesota is dealing with drama and the pressures of championshipless football. Over the border in Wisconsin, it seems the Packers have a couple of contract dilemmas on their hands.

Both superstar quarterback Aaron Rodgers and wide receiver Davante Adams have yet to ink a new deal to stay in Green Bay. The Rodgers saga has been flying around NFL news and opinion sites alike. Does he actually want to stay in Green Bay? Will he put everything on the line with no money on the table?

The Packers are no strangers to quarterback controversy. Brett Favre and his revenge tour is still only a decade old. The difference this time being that the Packers don’t have an heir apparent on the same level as Rodgers was to Favre. Rodgers has all the power here and could make the NFC North his through sheer will as one last finger in the air to Packers management as he leaves.

The Chicago Bears also have an interesting team dynamic. Andy Dalton is taking the reins to start 2021, but the question is when will first round pick Justin Fields get his chance? Bears fans are hungry for an offense to live up to the talent they have had on the defensive side of the ball. Oh and to wash the taste of Mitchell Trubisky out of their mouth.

Of course Detroit appears to be tearing down and beginning again after letting franchise darling Matt Stafford seek greener pastures. That’s not to say the Lions won’t be making some noise. They have some athletes on the field and could play some major spoilers or better if the other three divisional teams falter completely.

The NFL as a whole is going to be filled with endings, beginnings, and risings

This season truly feels like one that will be game changing. Obviously, 2020 will be remembered for all the wrong reasons, but it was historic. 2021 is a year where Brady and Rothlesberger are truly the last bastions of the previous generation of great quarterbacks. The AFC East is starting all incredibly young quarterbacks.

This article has been a lot about QBs, but we do get to see Justin Herbert either fly high or slump in his Sophomore season. Justin Jefferson gets to try to backup his incredible rookie campaign and add his name to the current top receivers in football.

The 2021 NFL draft class was one of the most historic and interesting. With 2020 being what it was, we could see the biggest long shots make an immediate impact. Or see some extreme disappointments.

So many more things to talk about, but I think it’s time to just get ready to watch some football.