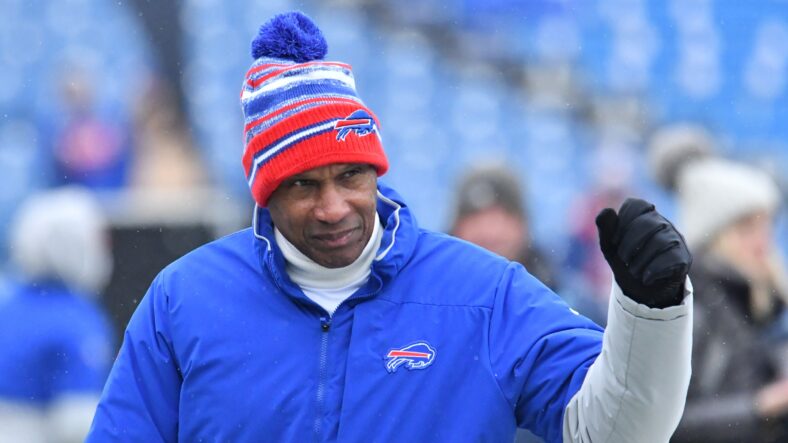 Unlike past years, there doesn’t appear to be a surefire, locked-in #1 option for teams searching for a new head coach. Currently, the list of teams includes the Jaguars and Raiders. Several more teams will follow, including the Minnesota Vikings (unless something totally unforeseen happens). As a result, I’m putting together a power ranking for the top NFL head coaching candidates.

To help me with this article, I’ve looked at lists from Pro Football Network, Sports Illustrated, and CBS Sports. Where I’ve tried to distinguish mine rests in the top-10 power ranking. Below, you’ll find a descending list of coaches. The idea is to provide a blend of both who I think is most deserving and then those who appear to be trending toward getting a HC job. I’ll chime in in the description when I like someone and think they’ll be a good fit for the men in purple.

If there are any I’ve missed or ones I’ve put in the wrong spot, let me know @VikingsGazette.

Oh, and one more thing. This list doesn’t include coaches who have a legit shot at being fired. One could argue that Mike Zimmer would be a desirable option if he’s fired. So would Pete Carroll, Kevin Stefanski, Kyle Shanahan, and Mike Tomlin.

The reports suggest Caldwell is being considered for the Jacksonville job. He’d be a nice choice. The impression one gets is that he’s a steady leader with integrity. In other words, Caldwell would be a welcome change from Urban Meyer. He has been the head coach of the Colts and Lions. In four seasons coaching Detroit, Caldwell put together a 36-28 record. Frankly, that’s incredible. He even had an 11-5 season with the Lions. Josh Frey offered up his case for Minnesota hiring Caldwell right here on Purple PTSD.

The former Vikings head coach and DC ought to receive serious consideration for head coaching vacancies. He’s soft-spoken and well-respected by his players. Buffalo’s defense has performed well in his time with the team. Unfortunately, older DCs who fly under the radar seldom get the recognition they deserve. Nevertheless, I’d have a hard time believing Frazier isn’t one of the top 10 best head coaching candidates out there.

Fans often have strong opinions about Bieniemy. Is he merely being considered because of Andy Reid and Patrick Mahomes? Obviously, having those two does make one’s offense look pretty solid. Be that as it may, there’s something to be said for being the OC for perhaps the best QB on the planet and under the tutelage of perhaps the best offensive mind on the planet. Plus, Kansas City coaches and players have always spoken very highly of him, suggesting his merit goes beyond mere proximity to Mahomes and Reid. Take a peak at what Reid recently said: “I’ve hammered the point about Eric Bieniemy. I just think the world of the guy, and he’s tremendous.”

Having a magical Super Bowl run isn’t the same thing as being able to replicate a magical Super Bowl run. Nevertheless, he did lead his team to an improbable SB win, defeating not only the Vikings but Tom Brady’s Patriots in the process. Oh, and he did so with a backup QB. Pederson deserves another opportunity. He didn’t exactly finish strong (how many fired coaches finish strong?) but he has a winning record and a Championship Ring.

I’ve previously suggested he ought to be under consideration for the Vikings. A large part of what makes Hackett so intriguing is his energy and personality. It would be a total 180 for Minnesota. Plus, the added benefit is that he’s coming from an offensive system that could maximize the team’s current group of play makers. The sense I have is that he’ll get some chances to interview, though it won’t be surprising if he needs to wait another year or two.

Ask yourself: do the Bucs win the Super Bowl last season if it wasn’t for the defense? If memory serves, Bowles deviated from his blitzing ways, instead playing a Cover 2 look to confuse and confound Mr. Mahomes. Being able to lay aside one’s pride for the greater good is a crucial part of great leadership. Bowles, once again, has an impressive defense in 2021. He is in the rumors. Some think the Vikings should hire a HC with a defense background, so perhaps Bowles will end up in Minnesota.

Teams, understandably, will be nervous about McDaniels. The whole Denver situation went poorly; Indianapolis (the job that never was) went even worse. Moreover, Bill Belichick assistants regularly struggle apart from him (Brian Flores is challenging this reality). At some point, a team will give him a chance. I’d be lying if I said I’m not interested in him for the Vikings. He’s a master at adjusting his offense to the strengths of his team, and he regularly has great offensive lines. Vikings fans would be in favor of these things.

Depending on how things shake out, Buffalo may be looking for two new coordinators during the offseason. Josh Allen – much to my surprise, I hasten to add – has developed into a strong QB. Daboll deserves a lot of credit here. His offense is 6th in the NFL in yards per game (381.2) and third in points (28.5). The ability to develop a young QB and get the offense to borderline elite will be appealing to many teams.

Kellen Moore is the latest Boy Wonder to capture the hearts and minds of middling NFL teams. Can he follow in Sean McVay’s footsteps? Only time will tell. What we can say is that the Cowboys offense just demolished Washington. We also know that the Cowboys get a disproportionate amount of attention in the national media coverage. Teams will deny it, but media narratives and fan opinions do matter when making these decisions (for some more than others). Moore will likely receive several opportunities to interview.

In fairness, he’s calling plays for the undisputed GOAT. Be that as it may, Leftwich has done a nice job. A Super Bowl champion, Leftwich also brings several years of playing experience to the table. He began his coaching career in Arizona, working up from an intern to being OC. He has been the OC in Tampa Bay for these past three seasons. At 41, Leftwich is a touch older than the Boy Wonders, which may be appealing to franchises who are hesitant about handing over their team to a coach who is younger than some of the players.

Keep in mind that NFL teams, as of Tuesday morning, are officially allowed to interview candidates for their head coaching vacancies. So far, there hasn’t been an avalanche of firings.

One does wonder, though, what another rough week would do to some of the aforementioned head coaches. My prediction is that the Vikings will move on from Zim if the team loses on SNF. At this stage, it would be surprising to see Tomlin, Nagy, or some of the other hot seat coaches fired during the season. It may only take one domino to fall, though. The hiring cycle is moving pretty slowly, but tossing another team or two into the mix could push things to a frenzy. No one wants to miss out on their preferred candidate.

Regardless of when the NFL head coaching candidates start getting their chance, rest assured that the hiring cycle will begin soon enough. That means middling teams will get a fresh infusion of hope as they watch other teams chase the Lombardi Trophy.