Aaron Rodgers: Harrison Smith is “The Best in The Game” 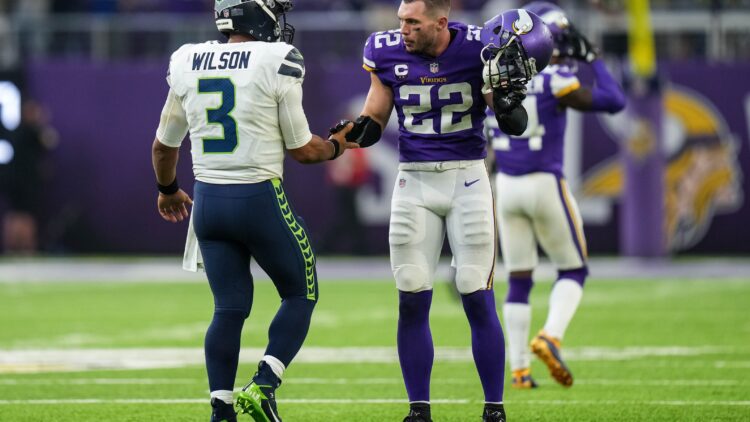 As many of you know, I think Aaron Rodgers is a bit of a doofus. More often than not, I disagree with what he says. This time, though, I’ll pass along my full agreement. In his recent stop on The Pat McAfee Show, Aaron Rodgers refers to Harrison Smith as the “best in the game” when it comes to disguising what he’s trying to do.

Here is the video:

Rodgers thinks Smith is so good that other defensive backs ought to study his film. He can basically do it all, as Rodgers acknowledges.

A mere few moments taking a peak at some Harrison Smith statistics gives instant credibility to what Aaron Rodgers is saying. If you hop over to PFF, you’ll see that Smith gets used in a variety of ways:

It’s Smith’s remarkable versatility that allows him to be so successful. He can be used in any number of ways on any given play. It makes life very difficult for the opposing QB.

The chatter about Smith being overpaid on his current extension are misguided. Is he as explosive as he was 5 years ago? Probably not, but he’s still one of the game’s best defenders even though he is almost 33. The Vikings were wise to lock him up for a few more years. If the Vikes do turn their season around and get into the playoffs, it’ll be because players like Smith continue to get the team back on track.