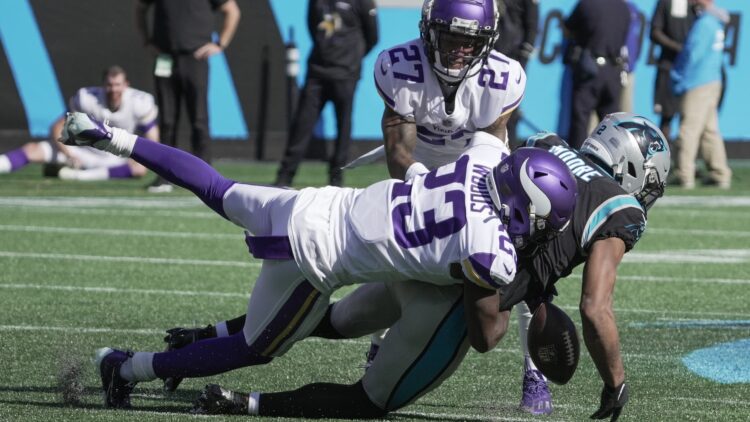 Many Vikings fans said that the goal coming out of the bye was to go 2-2, thereby bringing the whole record to 5-5. Well, it wasn’t always pretty, but one could say that it’s mission accomplished. Fans may have a few extra gray hairs to partner with the two extra wins. Hopefully, most believe it’s a small price to pay to see some (relatively modest) success.

Currently, the Vikings are in a playoff spot. In fact, they’re holding onto the #6 spot. If the season ended today, the team would take on the Bucs. I’d much prefer the Cowboys. As I recently explained on Notes from the North, I can’t bring myself to take Mike McCarthy seriously. There’s very little chance someone could convince me he’s actually a good coach. I know the Vikings went full-blown Vikings in their match up with the Prescott-less Cowboys, but I don’t see the Cowboys going very far. In other words, I’d happily embrace a Cowboys first round. It’s better than GB or TB. I’ll take my chances with McCarthy, thank you very much.

Regardless of what happens at the top of the conference, fans can find some comfort in the fact that the Vikings are on a mini win streak. If they take down SF, then we can drop the “mini” from that last sentence.

The most encouraging part of the current success rests in how the team has won. Instead of getting demolished on the ground, Zim’s defenders have re-committed themselves to run defense. There has been some good flow to the ball, some nice contain work, and a DL that hasn’t been bullied nearly as much. They still miss Danielle, but they’re getting by up front.

More importantly, the offense is finally doing what Vikings fans have all been asking for: prioritize the pass as the team leans on Adam Thielen and Justin Jefferson. This aggressiveness has served them well. Jefferson is the team’s best player; he needs to be treated accordingly. 8 catches for 169 yards and 2 TDs is exactly what we’ve all had in mind. It’s unrealistic to think that he can make that happen every week; he certainly can if defenses don’t respect him. If they do respect him and find a way to contain him, then the Vikings have a built-in response through Thielen, K.J. Osborn, and Dalvin. Over committing to slowing Jefferson means the other play makers will have space.

The Vikings control their playoff fate. It’s preferable to do so while competing for a first-round bye, but that Viking ship has sailed. It’s now time to take aim at that Wild Card spot, as the team (ideally) hits its stride just as the playoffs arrive. In the meantime, I hope you’re feeling fine at 5-5.