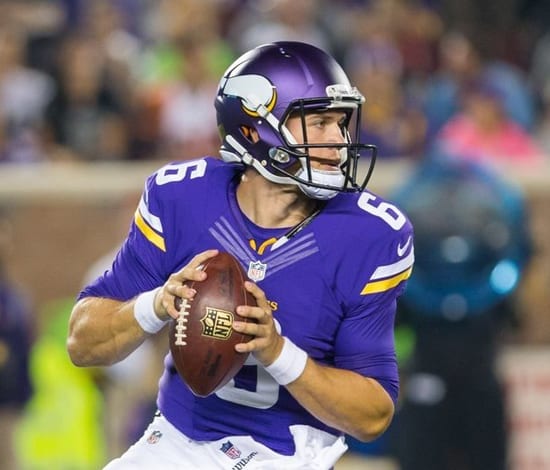 It’s that time of year! The Vikings have 90 men about to participate in OTAs, and it’s time we get to know them. There are a lot of premier camp battles worth talking about this season, such as the annual competition between Trae Waynes and Terence Newman, a possible battle between Laquon Treadwell and Michael Floyd, and a big tangle on the defensive interior between veterans, free agents and rookies. Many debate these topics in terms of what will be best for the team, or what they project. But this series will focus more on stories. In August, 90 men will brave the sweltering Mankato summer heat and try to achieve their goals. Whether or not those goals are to start, make the roster or simply carve out a spot on the practice squad, each player has a level they aspire to. These battles are often life or death for these players. We may not care about the score in the 4th quarter of a preseason game, but the players are fighting for their lives. It’s time we get to know them.

The QB room doesn’t have a large multitude of controversies, but it has perhaps the most compelling battle on all the roster, as well as a unique situation that will likely capture nationwide headlines throughout the season.

It should be noted that this, and all of the articles in the series will be listed in no particular order.

Sam Bradford – Sammy Sleeves has been the topic of many an article over the course of this offseason. For more coverage on him, take a look at this piece I wrote back in February. Barring a miraculous Teddy resurrection, Sam Bradford will be the starting QB for the Vikings without opposition.

Teddy Bridgewater – Teddy will likely start the season on the PUP (physically unable to perform) list, and will remain in the shadows until his knee’s rehabilitation is complete. Should Teddy reach full heath, it would create a battle at QB dynamic enough to garner national attention. But until that moment, Teddy will have to remain indefinitely tabled.

Case Keenum – Case Keenum was signed in April to serve as the de facto backup. While it’s his job to lose, that doesn’t mean he’s guaranteed to be the 2nd option. Keenum’s time in Los Angeles ended in a bitter fashion, being inevitably benched for Jared Goff. Keenum will have to come to terms with his role as a backup, as he’ll never beat out Sam Bradford. In fact, he won’t even be anointed with the backup job, as young talent behind him will push the embattled journeyman. Case has a lot riding on his preseason performance. His NFL career is hanging by a thread.

Taylor Heinicke – Heinicke joined the team as a UDFA in 2015 from Old Dominion. After a strong preseason, Heinicke resolved to warm the bench behind Shaun Hill in 2015. In 2016, he missed out on another opportunity to earn his keep by tearing a tendon in his foot on a door he kicked in for some reason. He’ll battle with Keenum for the backup job as the greatest unknown in the room. Similarly to Keenum, Heinicke has his NFL future hanging in the balance. Should he miss the cut, or be cut mid-season, Taylor will go down as an undrafted free agent who snuck on a roster, squandered his only opportunity at ascension and failed to make the team afterwards. It would be hard to leverage that into any sort of NFL legacy.

Wes Lunt – Lunt is an undrafted rookie from Illinois, and one of many players who chose a smaller school near home over a bigger program. By sheer chance, he turned out to spend his senior year under former NFL coach Lovie Smith. He suffered multiple separate injuries throughout his college career, putting a wet blanket on any possible momentum into the draft. However, workout season was kind to the Illini signal-caller. He worked with Kevin Stefanski, a lower-level mainstay and current QB coach for the Vikings, in the East-West shrine game. His performance stood out at the game despite meager overall offensive performance, and while it wasn’t enough to earn him a draft pick, he’s getting his opportunity all the same. He hopes to overcome Heinicke and steal the 3rd QB spot, but a practice squad spot would be a victory as well for the injury-plagued redshirt senior.

Battle To Watch: The battle between Case Keenum and Taylor Heinicke has drastic stakes. On one hand, meaningful playing time is on the table with Bradford’s injury history. On the other, the loser could find himself kicked to the street if Teddy Bridgewater is activated. For both of those players, their NFL careers could come to a screeching halt if they end up in free agency at any point throughout the season. It’s not often you see the same players battling over a possible start and a possible cut. Add Wes Lunt lurking behind either, and the two may have never faced greater career pressure. 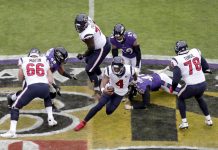 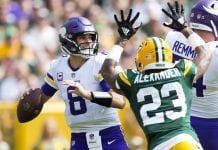